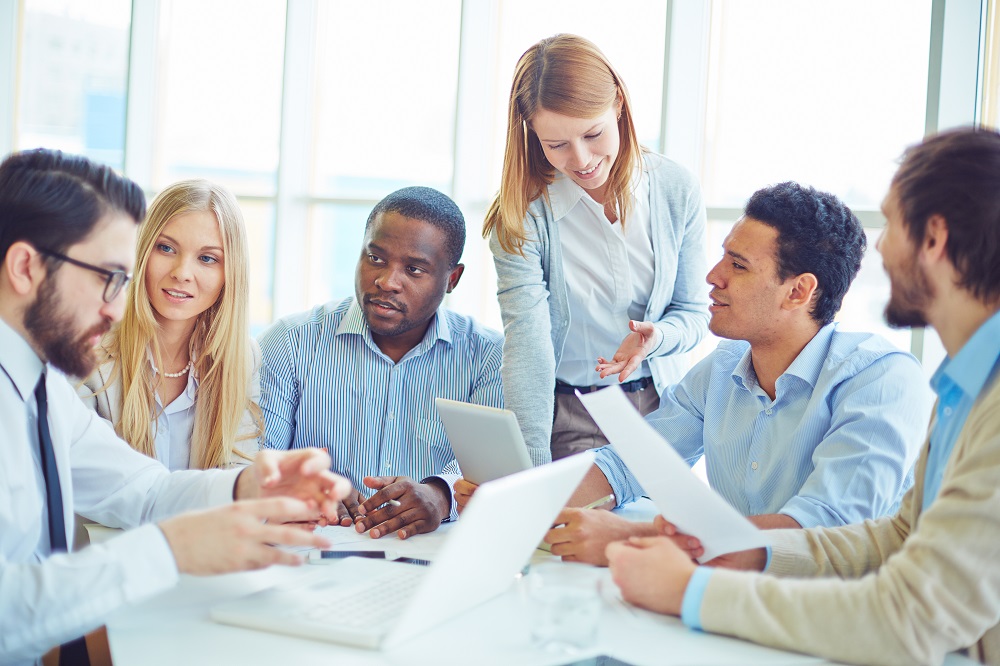 The choice of business laptop possesses a different set of criteria. While going about the tasks of building or propagating a company, the user’s day is mostly spent in meetings and other tasks where the laptop is at the fore. Basic requirements include a long battery life and the capability to run applications quickly. Since the laptop would most likely be carried along frequently, its weight has to be kept to a minimum. Other factors that we looked out for are storage capacity, security system, display quality, and portability.

The processor shouldn’t be mediocre so that the user can multitask. It isn’t necessary for graphics capability to be at par with laptops intended for gaming or professional editing. The laptop has to have all the connectivity features needed. At the very least, a laptop meant for business should have Wi-Fi, Ethernet, and Bluetooth and at least 3 USB ports.

We’ve listed here the business laptops that are powerful enough for daily tasks but won’t break your budget since they’re all priced less than $1,500. In other words, they offer more bang for the buck.

The HP ProBook 4510s is favored because of its 15.6-inch widescreen, which is bright and has high resolution. Some may not like its glossy finish and ordinary boxy frame but we consider it a minor issue. The HP ProBook 4510s is aimed at users who own small businesses. Its security software, the HP Protect Tools, will stop unauthorized access to information stored in the hard drive. We appreciate that the laptop is lightweight and has a comfortable keyword with a numeric keypad. Most consumers would probably take the numeric keypad for granted, but not anybody in business. Its other features are also suitable, including four USB ports, a 5-in-1 card reader, a dual-layer DVD burner, and a 2-megapixel webcam. The 250GB, 5,400-rpm hard drive is a definite advantage too.

Versatility is the best aspect of the Toshiba Satellite A305D-S6831. It’s perfect for those with hefty computing needs. We tested the laptop by opening spreadsheets and several applications and there was no lag or any glitches whatsoever. The 15.4-inch widescreen TruBrite high-def display is a revelation. We determined that the 2.2 GHz AMD Turion 64 X2 TL-64 dual-core processor and 250 GB storage capacity are a good fit to business-related tasks. If you’re environmentally conscious, you would like the Toshiba Satellite A305D-S6831. The manufacturer has made it a point to minimize the use of hazardous materials, such as mercury and lead. The laptop is also trendy without being too loud. Video conferencing, date storage and backup, and sharing information are made easy. For security, it has face recognition software that would certainly come in handy.

When doing business, you don’t want to be too flashy and instead, you’d want to be subtle yet effective. The same adjectives can be said of the Dell Inspiron 1525. The keyboard gets high points from us, the design is formal and neat, and its security features are outstanding, especially with its relatively lower price. On the downside, it is not compact, and you wouldn’t enjoy it as much if you used it for intense gaming or watching videos. But for a business, it packs quite a punch. Typing for long periods can be done with no discomfort and multiple applications can be used at the same time with no noticeable lag. Dell wasn’t prudent with the features it installed on this business laptop but we think that they should have improved the battery life.

The Fujitsu LifeBook E8410 is a big hit with the business users. Fujitsu made sure that connectivity is first-rate. Performance is at the same level as the other business laptops. It has various security features that any business user would approve of. The design is well put together and it has a robust build. Surprisingly, this laptop is light for its size. The lack of external media controls is unfortunate since it is a useful feature to have. Its security features are the unrivaled in its segment level. You can find a fingerprint reader, a smart card slot, and an internal Trusted Platform Module. The configuration is one of its best attributes and has been what most owners cited for being the reason they bought it.

The Lenovo Thinkpad T400 has so many brilliant features. Foremost are its performance, screen, battery life, and design. It passed our test of running a multitude of applications at the same time with flying colors. Its 14.1-inch screen is smaller than the others but with a resolution of 1440 by 900 pixels, it is acceptable. The keyboard is excellent and it has shortcut keys that busy users would like. It answers almost all the requirements to accomplish business-related tasks and it has new and exciting security features. Its 3 USB slots are strategically placed. It boasts of having the ThinkVantage application suite, allowing access to various resources at a click of a button. With its impressive battery life, some might not even need its Battery Stretch feature. In the event that the power is running low though, having this feature around is priceless. The Active Protection system protects against vibration as well as bumps and drops to some extent. In our opinion, Lenovo did a beautiful job planning this laptop and making it ideal for business people. For the features packed in this device, the reasonable price makes it even more attractive.