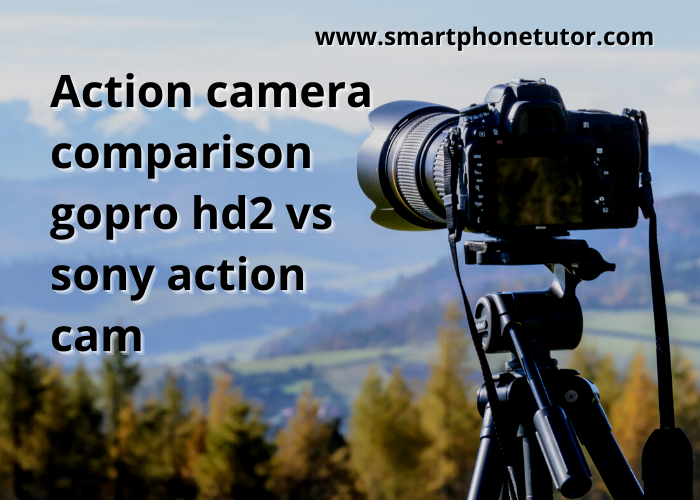 As the popularity of action cameras continues to grow, so does the competition between manufacturers, all fighting for the biggest piece of the action sports market. But with so many cameras out there, deciding where to invest your hard earned cash can be a difficult decision.

So how does the Sony stand up against one of the veterans of the camera world, GoPro. Below will outline some key comparisons of the Sony Action Cam and GoPro’s newest camera – the GoPro HD2.

Full 1080p HD video recording has become a standard feature for the majority of modern action cameras, and both the Sony and GoPro offer full HD recording at 30FPS (frames per second).

However, what really sets these cameras apart is how they perform at 720p. While the GoPro offers 720p at a maximum of 60FPS, the Sony allows you to shoot in 720p at an astonishing 120FPS. This ‘4x slow-mode’ is as good as it gets for super slow-motion editing and playback.

In addition to video, both the Sony and GoPro are capable of capturing high-quality still images, at a maximum of 16MP and 11MP respectively. For the adventurous video-makers out there, both cameras also have a time-lapse feature.

The latest feature to grace many modern cameras is Wi-Fi connectivity, which typically allows users to utilise smartphone syncing, live streaming and social sharing, amongst other things. The Sony Action Cam is available in two models, with the HDR-AS15 packing Wi-Fi as standard. For GoPro users to enjoy Wi-Fi functionality, they will first need to purchase the GoPro Wi-Fi BacPac accessory, which once snapped onto the back of the camera, offers wireless control via the GoPro mobile application or Wi-Fi remote.

While technical specifications are undoubtedly the first thing prospective buyers will look at, the physical aspects – size, shape, mounting options etc. – of a camera are also important to consider. For example, the Sony is physically long and slim, which makes it ideal for mounting to goggle straps, or just about anywhere else for that matter. The GoPro is more square in shape, which means it can’t be attached to goggles, however due to its centralised lens and wide base, is great for mounting to kit, be it handlebars, a surfboard, or the bonnet of a car.

A major advantage of the Sony over the GoPro is that it has image stabilisation, which ultimately results in smoother playback. However, this results in the Sony having a slightly lower battery life than the GoPro, which can run continuously for around two hours, depending on what it’s being used for.

One of GoPro’s biggest selling points is undoubtedly the vast array of accessories and mounts it has on offer, from its selection of ‘BacPacs’, including the Wi-Fi BacPac as mentioned above, to the Dive Housing, which allows users to take the camera as deep as 60 meters underwater.

The Sony, while rich in features, is new to the market, so is currently a little light on the accessories front. That said, it does come with Waterproof Housing, which matches its GoPro counterpart for depth.